We’ve gotten so angry and quick to judge people that we can hardly talk to each other any more, whether we’re trying to pass a law in Congress or trying to enjoy a family reunion.

There’s a better way. I found it in a restaurant, which, after all, is really just a constant, amped-up social occasion where civility is part of financial success.

If you’re not quite convinced we aren’t getting along, check these out:

I spent the last two years interviewing two restaurant owners and others involved in their family-owned business for my book, Small Business, Big Heart—How One Family Redefined the Bottom Line. They developed a hugely successful business model based on compassion. The lessons they learned show ways we can revive civility. We can put those lessons to use in our homes, on social media, even in resolving social and political issues at the highest levels.

Here’s a list of things anyone can do, starting today, to get us back to treating each other with decency.

We all like to be heard, which makes listening a pretty reliable way to be liked. And when you listen, you might even learn something.

One of the restaurant owners I interviewed remembered starting to scold an employee for being late to work when she started crying, telling him her father had just died unexpectedly. “What a heel I was,” he said. “I was caught off guard and realized from that point forward I had to give people a chance to talk first.”

When waiting tables at a restaurant, listening is required for the most basic part of the job, getting the customer’s order right. You can also take listening up to the next level, by really paying attention, and hearing what the person is trying to tell you.

Last week I sat at a restaurant and asked the waitress (both of us wearing masks, of course) which was better, the fish special or the pork chop?

“They’re both great,” she answered, “but it’s hot out and fish might be a better summer meal.” That response showed me she was paying attention to what I said, and that she thought seriously about what I might want. When I signed the bill, my tip reflected how that made me feel.

2. Make a priority out of your relationship

Decide what’s important to you.

In business, would you be willing to lose a customer because they made a political comment you disagreed with? Maybe the comment is unusually outrageous, or maybe your views are so strong that they are more important than your income. But for most of us, most of the time, we know our friend, colleague, or customer, is the priority.

In my Methodist church I’m part of a group formed to try to change the international denomination’s ban on same-sex marriages and ordination of gay clergy. Those of us in the group know there are others sitting next to us in the pews who disagree with us on that issue. They’re wonderful people and good friends. So the priority of our group needs to be to focus on finding how our whole congregation will stay together despite the differences. I know other churches split apart over these same issues and when that happens, everyone is worse off as we seek groups of people exactly like us.

The best marriage advice I ever heard is, “Don’t ever say anything ugly.”

A single angry word can last forever. Oh sure, sometimes a fact might be gently corrected, or you might have a relationship that allows for disagreements to be discussed. But often, the world will be a better place by something that’s not said.

When I’m tempted to pop off, I stop and ask, “What are the chances my outburst will change the other person’s opinion?” That usually makes the best course pretty obvious—don’t say it. You almost never change someone’s mind by arguing anyway—you’re more likely to be effective by being an example they admire.

The restaurant owner I interviewed had a technique for not saying it. He made a habit of visiting and chatting with all the customers, and as you might expect he heard some pretty crazy opinions in the process. When they would look to him for a reaction, he would point and say, “YOU SAID IT!!”—a brilliantly indecipherable exclamation that opened up multiple escape routes to change the subject. And keep the relationship the priority.

4. Realize it’s not about you

The essence of being polite is showing consideration for another person, yes, even instead yourself.

My wife sent an e-mail to a group, and one reply came back offended by her use of the term “snail mail.” His father was a postal worker who had been dedicated to quality deliveries. We both rolled our eyes at what we thought of as his oversensitivity. But wait a minute. Is this relationship only about what we think? If we insist on our right to be self-righteous, we’d be making the relationship all about us. Instead, why not make him, and others like him, feel better? I have since been careful to use terms like “regular mail” or “the Postal Service.” And you know what? It hasn’t cost me a thing.

As I interviewed the restaurant owners about managing workers, the phrase “it’s not about you” came up regularly. They talk about a “servant mentality,” which is really the essence of restaurants—“server” is right there in the job title of the person who brings you your food. Thinking of yourself as a servant also works well for life outside the restaurant.

One of the restaurant owners I talked to for the book would regularly remind employees that the focus of the business was not the worker, but the customer. He said he dines at too many restaurants where the staff has a cool, self-important attitude. At his restaurant, he said, “We celebrate friendliness and hospitality. What’s wrong with being nice?”

Be curious. Ask people about themselves.

A feature of the restaurant I wrote about was that it hired a lot of refugees. The owners listened to their stories, learned their backgrounds, met their families, got invited to their homes for dinners elaborate with traditions from other countries. The result was a bond that was both great for business, as they developed a shared vision for the restaurant, as well as lifelong friendships. Those relationships with their employees were central to the successful business model they developed, of treating others they way they would want to be treated.

I asked a missionary who worked with refugees what people should know about refugees. He said, “They’re really families dying for inclusion. If somebody notices them, pays attention to them, welcomes them, holy mackerel, that makes all the difference. That’s the thing that refugees need the most, just being seen.”

Actually, it’s what we all need.

As part of promoting my new book I’m going through some media training and was struck by the advice to smile during interviews, even if it’s a radio interview. A smile spreads.

For a waiter, showing joy can bring bigger tips. For the rest of us, well, I like the message in the old Johnny Cash song, Get Rhythm, about a guy getting his shoes shined:

Well, I sat down to listen to the shoeshine boy

And I thought I was going to jump for joy…

He stopped once to wipe the sweat away

He said “I like it” with a big wide grin

Kept on popping and he said again…

“It only costs a dime, just a nickel a shoe

But it does a million dollars worth of good for you”

This is not a list of wishful thinking. It’s road tested. The restaurant owners I talked to proved over the years that it works, both for a successful business and a successful life.

Give it a try.

Reading Time: 4 minutes Pop music tells us we used to drive cars for fun and freedom. Now we seem to just sadly ride around in them. 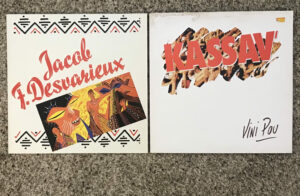 Reading Time: 4 minutes The song that launched my musical journey 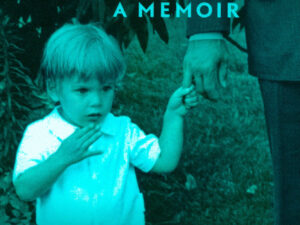 Reading Time: 6 minutes Hunter Biden’s book counters the stigma against people in drug treatment by describing, in detail, his own addiction