A mayoral candidate forum will focus exclusively on clean energy

Louisville is set to do something extraordinary Wednesday evening (yes tonight)—candidates for mayor will meet in a forum on a single topic; the Metro Council’s 2020 resolution for the entire community to be running on renewable energy by 2040.

There are a lot of reasons that tells an extraordinary story.

One reason is the way that forum shows the importance, and popularity, of taking care of our environment. Mayoral candidates have a lot to focus on, from crime to potholes to economic development. Choosing to spend their time and attention on clean energy shows they figure it’s smart politics. They figure it’s what the people want to hear about.

Another reason is the resolution itself. In 2020 the Metro Council passed the bold measure that calls for moving the city’s operations to 100% clean electricity by 2030 and 100% clean energy by 2035. It also sets a goal of 100% clean energy for all of Louisville by 2040.

While debate rages about global warming across the nation and world, Louisville has set a course to get all of its power from renewable energy in just 18 years. Kudos to the Louisville Metro Council.

Also remarkable is the origin of Wednesday’s mayoral forum, which is titled “REAL Good News.” It’s an informal collection of environmental and faith-based advocates who want to make a difference in the world.

I’m one of those advocates. I’m part of a group of members of St. Paul United Methodist Church that started talking with members of the Renewable Energy Alliance of Louisville (the REAL of the REAL Good News), and Kentucky Interfaith Power & Light.

The clean energy resolution came about because of REAL’s smart and persistent work. But these local activists recognized a resolution is just words. Turning goals into reality will require sustained attention and political support for the government leaders who will have to do the courageous work of changing the power that lights our lights and runs our cars.

To keep attention focused on implementing that resolution the REAL Good News group in 2020 started holding quarterly Zoom meetings open to the public. They were determined not to let even the pandemic get in the way of the path to clean energy.

The five of those quarterly virtual meetings have explored what it will take to reach the goal of 100% renewable energy, from the legal and technical hurdles of building and connecting solar energy, to signing up to speak before the Metro Council on behalf of implementing the resolution. People at the Zoom meetings even got an advance notice of some recent Louisville Metro environmental news—last month’s announcement that Louisville’s new energy manager found energy operational improvements that saved the city $750,000, amounting to a 7% reduction in energy use citywide.

The sixth REAL Good News event takes place at 7 p.m. Wednesday, March 23, and it will be different from the others, being devoted to hearing from the candidates for mayor. You and everyone else in the city is invited. It’s free, you can attend from the comfort of your home, and you can register and get more info by going to the website of the Renewable Energy Alliance of Louisville.

If you can’t attend the forum, or want to see it again, a recording will be posted on the YouTube channel of Kentucky Interfaith Power & Light.

Wednesday’s REAL Good News event is extraordinary in another way. In addition to the three founding groups, six other organizations have signed on as co-sponsors: the Kentucky Conservation Committee, Kentuckians for the Commonwealth, the Kentucky Resources Council, the Louisville Climate Action Network, the Louisville Sustainability Council, and the Sierra Club.

Some of those groups, you’ll note, aren’t even just Louisville groups. They recognize the broad, statewide importance for the environment of what Louisville is doing, and how regular, committed citizens can make a difference. 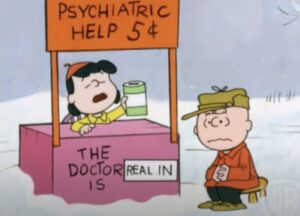